Jan 23 Back to Barnegat 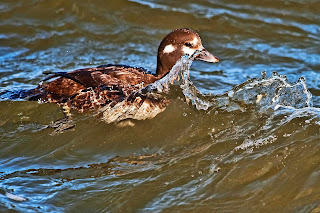 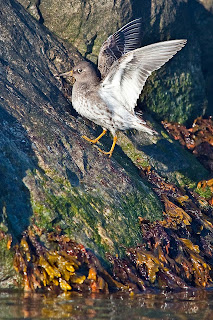 Saturday was beautiful and sunny. When I got to Barnegat the winds were brisk and the waves were huge, many of them going over the jetty. The female harlequin image shows how adept she is at riding the waves. The purple sandpiper image was taken in late afternoon light from the beach side of the jetty. All images were taken full frame, with a Nikkor 300mm f/4 and a 1.7 teleconverter.
Posted by Debby at 1:51 PM 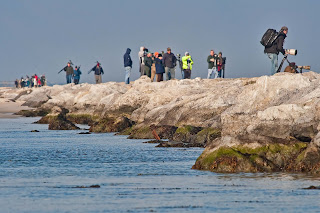 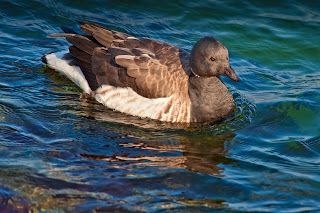 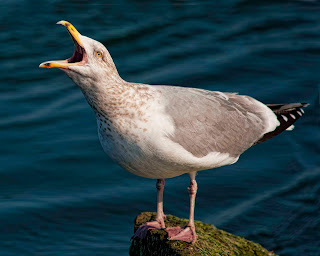 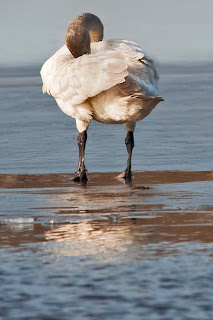 January 13, Dreaming of the Alabama Hills

The Alabama Hills in California are near Mt Whitney in the eastern Sierra Nevada mountains, not far from Death Valley. Please copy and paste the links to view the images mentioned in this blog.

Yesterday morning I was greeted with this wonderful tactile image of the Mobius Arch and Mt. Whitney by Stephen Shoff in Better Photo's Snap Shot Newsletter.

Next I followed the link to the BP Perspectives gallery and was swept away with Kerry Drager's more graphic and colorful take on the same subject.

At night I stopped by the website of Alain Briot and found his marvelous and sensual B&W image titled Sierra Arch.

http://beautiful-landscape.com/Print-of-the-month-43.html
Posted by Debby at 5:06 PM 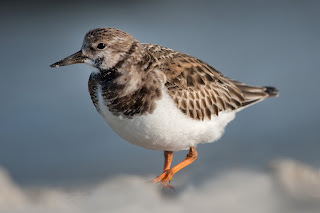 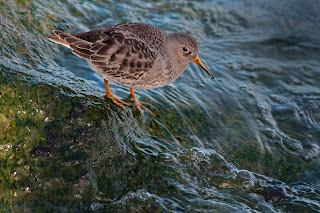